So today, Thursday 8th March 2018, is International Women’s Day. It’s a day of worldwide recognition, aiming to further accelerate gender parity – A real game-changer! The global day celebrates the cultural, political, social and economic achievements of women. This year’s focus is #PressforProgress: Collectively, our actions will power on through for more equality worldwide.

International Women’s Day is a day to celebrate how far things have come from the archaic issues like gender inequality and human rights injustice. I know what you’re thinking… We should be recognising all of this every day and not just one day of the year?! Riiiiight. BUT, this is the global day for everyone’s calendars so let’s crack on, recognise it and celebrate our achievements!

In today’s climate, there are so many brilliant movements happening which are encouraging women to embrace themselves, fight against abuse and stand confidently despite whatever may be going on.

As you may know, I’m an ambassador for the This Girl Can movement – Encouraging more women and girls to take part in exercise without the fear of judgement is something I’m super passionate about!
It’s easy to let the media’s opinions and forceful voices of how we should look, act and feel get to us. Challenging the media’s influence is another of those achievements I mentioned… Something that us women have really progressed with in recent years. Being an ambassador for This Girl Can is an honour that I’m super proud to have. I love being able to support other girls and women in this way. P.s You can read all about this here!

To mark International Women’s Day, I wanted to share something that wasn’t going to spark any controversy or bad feelings. I always aim to inspire you lovely people who thoughtfully spend the time to read and follow Graceful Blog! So, I felt there was no better way to inspire than to share… 5 Inspirational Women of the 21st Century. These are just five women of an endless list so I can’t wait to hear your comments below – Fill them with names! I want to hear from you all.

Malala Yousafzai
Proving that anyone can rise through the thorns that surround you and bloom in the most difficult of circumstances, Malala is an inspiration to us all. Leaving the dark depths of her past behind, Malala is a Pakistani activist for female education and the youngest Nobel Prize laureate.
Back in 2012, I was leaving high school. In that same year, 15 year old Malala Yousafzai was shot in the head by militants for even daring to go to school.
Malala is the perfect reminder to us all that no one should hold you back from your dreams (or in Malala’s case and so many others, your human rights!). Malala began attending Oxford University in 2017 and her past continues to inspire the world of the fact that no one should be denied an education. Malala is someone I firmly consider amongst the inspirational women of the 21st Century.

Michelle Obama
Next up on my list of Inspirational Women of the 21st Century, it’s Michelle Obama.
The first African American First Lady, Michelle Obama is often only considered as Barack Obama’s counterpart but she’s an incredible inspiration in her own right. Whilst I’m British and don’t actually know a great deal about the US politics, I’ve always totally admired Michelle. She’s a lawyer, writer, activist and advocate for healthy eating, poverty awareness, physical activity and nutrition. Michelle Obama also created the “Let’s Move!” campaign, raising America’s latest generations as healthier, happier individuals. I’m sure you’ll agree Obama was an all-round badass First Lady with an incredible style.

Emma Watson
Controversial BUT I wasn’t a huge Emma Watson fan until recently. After watching her perform so beautifully as Belle in the Beauty & The Beast remake, I’m officially now a fan! She did that role so much justice and I struggle to think of someone who could have acted it as well as she did! Emma Watson is also a huge campaigner for so many foundations and has become the U.N.’s Goodwill Ambassador for the HeForShe Campaign back in July 2014.

Serena Williams
Since entering the tennis world aged just 14, Serena Williams has been an absolute superstar of the tennis world, playing alongside her sister, Venus. Serena Williams played tennis at the Australian Open in January 2017 whilst she was pregnant and went on to win yet another Grand Slam title… Amazing! Serena was asked on her feeling after being considered one of the greatest female athletes of all time. Her response was PERFECT… “Well, I prefer the words “one of the greatest athletes of all time”. Exactly how it should be!

You!
Be inspired by your own successes, no matter how little you may think they are. You’re you and the truth of that is there’s no one else in this world who’s exactly the same. Embrace yourself, forget what you see as flaws and be your own inspiration. I can guarantee you, someone in your life has been and is inspired by you! Keep doing what you’re doing! Seize every day as an opportunity to become one of the inspirational women of the 21st Century.

Take some time on International Women’s Day to celebrate all women, regardless of their background, race, beliefs, income, shoe size and anything else irrelevant.

The one thing I will ask is that, when taking inspiration from your role models, bear in mind that they may have taken years of strife and struggling to get to where they are. Just because you aren’t ‘there’ doesn’t mean you aren’t inspirational in your own right!
Oh and not all TV personalities are ‘unworthy’ of being inspirational – Just look at Oprah! Now, I’m not a fangirl of the Kardashians/Jenners, nor have I ever watched KUWTK but, if you’re a fan, feel inspired by them for all the right reasons – I.e the incredible empire they have built, how hard they have worked, the beautiful children they have!
Don’t be envious or bitter of how they happened to become ‘famous’.

Seeing as the trending hashtag for this year’s International Women’s Day is #PressforProgress, I’ve also selected ‘5 Things’ from their campaign page which I’d love for you guys to channel. Remember, the collaborative power is so much stronger and there’s no time like the present to change or improve your actions and attitudes. Here are 5 Things you can do to get started:

A final parting quote from a suuuper inspirational woman… Maya Angelou! Feel free to screenshot it, tweet it to your gal pals and share the love. It’s so very true so treat each person you see today with respect, kindness and pass a smile around!

Looking beyond the inspirational women of the 21st Century, which females inspire you?! Fill the comments with your thoughts – I can’t wait to hear them!

My intention with this post was to inspire and spread the awareness of International Women’s Day! I absolutely do not mean to cause any offence or spark disagreements, angst or any negative feelings. Therefore, I ask that the comments section below remains a positive and bright place – Thank you! 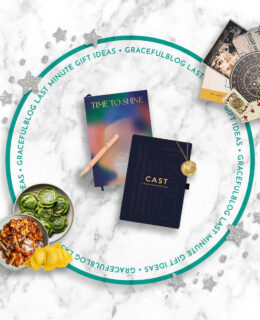 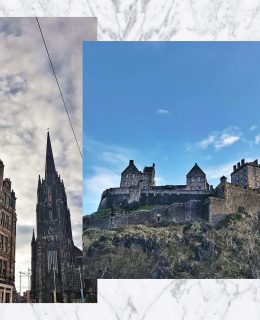 5 Things I Loved About Edinburgh 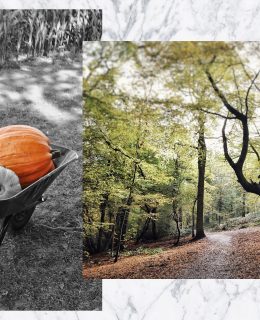 5 Things: Signs That Autumn Is Here